Since 2012, La Coupole had its own resource and documentation Centre with a reading room which welcomes families, researchers, teachers and their students. Inaugurated in May 2016, it took the name of Jacques Brun, resistant, deportee and “architect of the memory” of the concentration camp Mittelbau-Dora.

The numerous donations made by the families constitute one of the main treasures of this Centre. Beyond the will to preserve and transmit these archives, the place participates directly in the projects initiated and run by La Coupole (publications, exhibitions, biographical dictionary of Dora, etc.).

Since its opening in 1997, La Coupole has collected an important documentation that covers three main themes:

The collections include paper, digital and iconographic archives (about 12,000 photos), but also objects.
Depository of the memory of the 9000 former deportees of Dora, the Centre offers the following funds:

For Nord–Pas-de-Calais, the following are available:

Finally, the Centre offers a particularly rich library devoted to the two world wars and to science and space conquest. 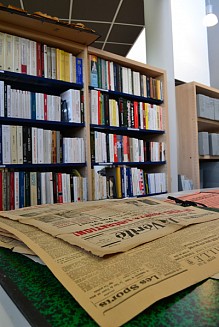 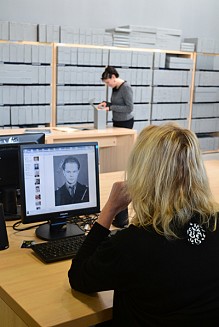 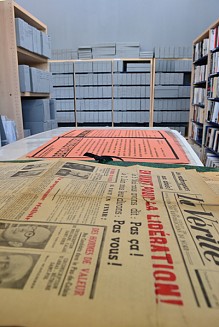 Welcome only by appointment.