The violence of the invasion

In contrast to the legend – which evokes the image of a veritable military parade – the invasion of Belgium and France in May 1940 was marked by very violent fighting, a real battle of extermination that extended from the Ardennes to the Channel coast.

The stalling combats that were fought on the Escaut, in Lille and along the line of the canals in the mining area, facilitated the evacuation of 340,000 British and French soldiers from Dunkirk, in dramatic conditions, during "Operation Dynamo" (26 May to 4 June). Parallel to the invasion, the North of France was affected by an enormous exodus of Belgian and French people rushing south in an attempt to escape a new occupation.

Within a few days, economic and social life collapsed. Belgium surrendered on 28 May; the armistice of 22 June represented the most serious defeat in the history of France. In the summer of 1940, Nord and Pas-de-Calais were in a situation of coma. Contrary to a Jacobin vision of the history of France, the conditions of the German occupation of 1940-1944 were not the same throughout the national territory: 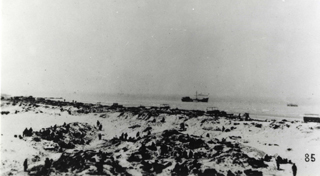 Alsace-Moselle (annexed) and Nord-Pas-de-Calais were in a very unusual position, in which they escaped the common fate of the "occupied zone of Paris" and the "southern zone". In fact, the two northern departments went through the war under conditions closer to those in Belgium than those in the rest of the French territory, as is shown by the identical development of public opinion in Lille and in Brussels.