The refusal to collaborate

The fear of being annexed to the Reich, the particular harshness of the conditions under occupation and the memory of the 1914-1918 occupation led to an immediate, massive refusal to collaborate with the occupiers. The rejection of Vichy was just as general: for the population of Nord–Pas-de-Calais it felt as if they had been abandoned.

While numerous Belgian and French units were dispersed under the blows of the Blitzkrieg, others - notably the British professional units and the French colonial troops - put up strong resistance to the progress of the German tank columns and infantry.

This provoked a violent reaction from certain elements of the invading army - in particular the SS regiments that followed the tank divisions - and led to a series of massacres of civilians and prisoners (almost 600 deaths in Nord-Pas-de-Calais during the last week of May). 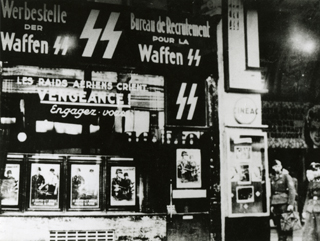