50 years ago the first human walked on the moon… discover the story behind this historic moment which will inspire the next generation of explorers and dreamers. On July 20th 1969, 600 million people around the world gathered to witness a historic moment of human achievement broadcast live from the Moon. "That's one small step for man, one giant leap for mankind" said Neil Armstrong. The world celebrated as the astronauts took their first steps on the Moon. But few people were aware of just how huge an effort it had taken to get them there. These Apollo 11 astronauts were just 3 of nearly 400,000 people who had worked over ten years towards this goal. But how did they do it? What did it take to put humans on the Moon? 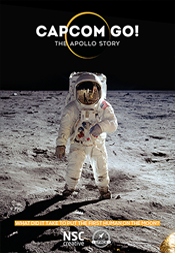 June 6, 1944: The largest Allied operation of World War II begins in Normandy, France. Yet, few know in detail exactly why and how this region became the most important location in the world from the end of 1943 through August 1944. Blending multiple cinematographic techniques, including animation, CGI and stunning live-action images, “D-Day: Normandy 1944” brings this monumental event to the world’s largest screens for the first time ever. Audiences of all ages, including new generations, will discover how this landing changed the world, from a new perspective. Exploring history, military strategy, science, technology and human values, the film will educate and will appeal to all. Narrated by Tom Brokaw, “D-Day: Normandy 1944” pays tribute to those who gave their lives for our freedom. A duty of memory, a duty of gratitude. 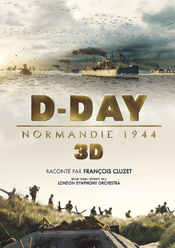 Large Telescopes: Window to the Universe

To unravel the mysteries of space, man cannot count on his own eyes, which are too insensitive. To collect the very weak light that reaches us from other stars or galaxies, large telescopes had to be built on Earth and in space to open a new window on the Universe. Through this session entirely dedicated to these instruments, gigantic precision machines, visit the largest observatories in the world and discover the depths of the cosmos. This session, entirely in 3D, includes a real-time part presented by a planetarium mediator, followed by the film "Awesome Light".

This session is only available in French. 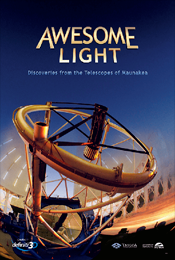 Explore tells the story of Man's fascination with the starry sky, from astronomers and astrologers in ancient times to the revolutionary discoveries of Nicolaus Copernicus and Johannes Kepler. It is thanks to Kepler's genius that today's explorers travel through space. A fantastic journey through the history of astronomy in the form of a visual storytelling about the past, present and future adventures of the space explorers. 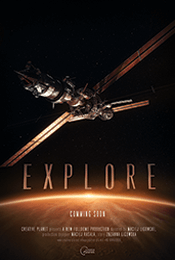 Lucia, the Secret of Shooting Stars

James and Vladimir take a seat in their spaceship to study polar auroras from space. They meet a hummingbird, Lucia, just as curious as they are. Together, they will seek to understand the shooting stars and the origin of meteorites, these mysterious pebbles that fall on Earth ... 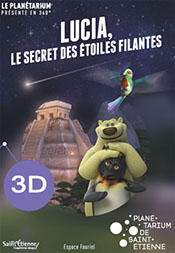 Each session takes about 50 minutes, including a 3D simulation with live commentary to discover the sky (15 minutes) and afterwards an inspiring film of your choice according to the schedule (35 minutes).

A Planetarium ticket grants access to only one session in the Planetarium. You can buy your ticket directly at La Coupole, without reservation.

Be careful, sessions start on time, be there in advance!

This schedule is published for general information and our team sticks to it as much as possible. If necessary, La Coupole reserves the right to change the schedule without notice. Before visiting La Coupole, don't hesitate to contact us (Tel.: +33 321 12 27 27) to check the schedule of the day if you want to attend one show in particular. We apologize for any inconvenience.